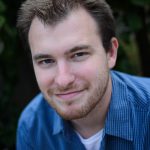 Jason Tingler explores the Holocaust and interethnic relations in the Chełm region of Poland. Chełm, the mythical “town of fools,” is arguably the most popular place in Yiddish folklore, but Chełm was a genuine locality whose actual Jewish population bore no resemblance to the comical depiction of the “wise men.” Jews in this region had long lived alongside Poles, Ukrainians, and ethnic Germans. During the brutal Nazi occupation, however, Chełm’s historic diversity came to a tragic end as a result of Nazi population policies and an unparalleled amount of popular violence.

To understand the social dynamics of the persecution and murder of Jews in the Chełm region, Tingler analyzes the interactions between the German occupiers, the Jewish residents, and the non-Jewish “neighbors” (traditionally labeled as bystanders) in the counties of Chełm and Hrubieszów. Ultimately, his research shows that the genocide of Chełm’s Jewish population, and the disturbing behavior of many non-Jews during the Holocaust, can only be properly understood within the context of the region’s convoluted and bloody wartime history. In this sense, Tingler aims to write an integrated history of the Holocaust and other mass atrocities in the region during the German occupation.

Tingler is a PhD Candidate and former Claims Conference Fellow (2012-2017) at the Strassler Center for Holocaust and Genocide Studies at Clark University. His research has been supported by a Fellowship for PhD Students to the International Institute for Holocaust Research at Yad Vashem and a European Holocaust Research Infrastructure (EHRI) Fellowship to the Jewish Historical Institute. He earned an MA in History and Culture from Drew University, and a dual BA in History and Political Science from Youngstown State University. Tingler is completing his dissertation under the supervision of Prof. Thomas Kühne.