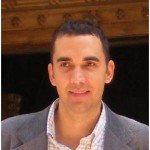 Stefan Ionescu, PhD completed his dissertation on the process of Romanianization – property seizure and exclusion from employment – in the city of Bucharest during the Antonescu Regime (1940-1944), focusing on the responses of local Jews and gentiles. His work has been published in Studia Politica, Culture and Psychology, Holocaust Studies: A Journal of History and Culture, and several collective volumes. Dr. Ionescu received his BA and MAs in Law, Jewish Studies, and Modern European History from the University of Bucharest (Romania) and Central European University of Budapest (Hungary). His dissertation supervisor was Professor Deborah Dwork.  Dr. Ionescu holds a position as a Research Associate at Chapman University, where he was awarded a Holocaust Teaching Fellowship at the Rodgers Center of Holocaust Education.

Judit Konya is researching halakhic consequences of anti-Jewish legislation issued by the Hungarian government and the local authorities between 1938 and 1944. The purpose of her work is to analyze responsa literature from halakhic and literary perspective and to present it as integral source of historical research on the persecution of Hungarian Jewry. Ms. Kónya’s dissertation supervisor is Dr. Tamás Turán. Ms. Kónya worked at the Yad Vashem Archives in Jerusalem and since 2014 has been working at the National Library of Israel, Jerusalem. Her article entitled, “Hungarian Rabbinic Responsa Regarding Local Decrees on Opening Shops on Saturdays” was published in Yad Vashem Studies, 42 no.1 (2014).  She is a native Hungarian speaker, has mastery in Hebrew and English, and plans to continue to study German. 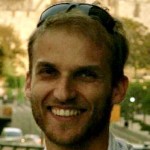 Lukasz Krzyzanowski‘s dissertation, tentatively titled “A Void Around: Everyday Life in Middle-Sized Polish Cities After the Shoah,” examines the survivors’ homecoming to two middle-sized cities (Radom and Kalisz) in the immediate aftermath of war. He attempts to reconstruct the social trajectories of the survivors and their efforts to rebuild their life back home. These issues are addressed with consideration of other groups present in the cities, as well as the history of Polish-Jewish relations before and during the Holocaust. With this study, Mr. Krzyzanowski inquires into the material and social consequences of the Holocaust in Poland. Mr. Krzyzanowski holds an MA in sociology from the Jagiellonian University and another in European Studies from the University of Exeter, UK. His dissertation advisor is Professor Marcin Kula. 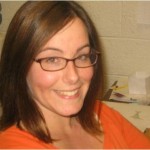 Jennifer Marlow, PhD examined the pre-World War II patterns of cultural and socioeconomic interdependence and the evolution of wartime communities of shared responsibility among Catholic Poles and Polish Jews through the Polish Jewish employer/Polish Catholic domestic worker relationship. She used this employee/employer nexus to gain a better understanding of rescue, assistance, and survival efforts during the Holocaust. Dr. Marlow is exploring the bonds of familiarity and affection shaped in some middle class Jewish households between some nannies and housemaids and their charges and the role that these pre-war and gender attachments had in the organization of some aid and survival efforts during the Holocaust. In addition to her native English, she is proficient in Polish and German. Dr. Marlow was supervised by Dr. Keely Stauter-Halsted and also worked under the guidance of Dr. Kenneth Waltzer.  Currently, Dr. Marlow teaches at Bethel University.

Yuri Radchenko, PhD researched the extermination of Ukrainian Jewry in the Front Zone. His examination includes the phenomena of Ukrainian-Jewish, Russian-Jewish, and German-Jewish relations, as well as the behavior toward Jews of native non-Jewish Eastern Ukraine population groups. Dr. Radchenko explored the role of  non-Reichsdeutsche (Ukrainians, Russians, Tatars, Volksdeutsche) collaborators of SD (Sicherheitdienst) and GFP (Geheime Feldpolizei) in the persecution of local Jews. Dr. Radchenko’s native languages are Ukrainian and Russian. He speaks English, German, Yiddish, and is currently studying Hebrew and Polish. His dissertation advisor was Dr. Anatoly Podolsky.  Dr. Radchenko received his PhD in December 2012. 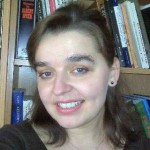 Monika Rice, PhD completed her degree in 2014.  Her dissertation project compares early accounts of Jewish survivors collected by the Jewish Historical Committee in Poland, with later accounts deposited in Yad Vashem. She is investigating the possible extent of a change, over time, and in different political circumstances, in Jewish perceptions of former Polish neighbors encountered immediately after the war. Ms. Rice is working on Polish, Yiddish, Hebrew, German, and Russian sources for this project. Her academic advisor is Professor Antony Polonsky.  Dr. Rice teaches at Seton Hall University. 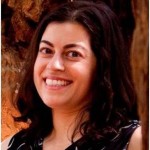 Polly Zavadivker, PhD completed her degree in the summer of 2013.  Her dissertation compares representations of catastrophic war in the writings of Russian and Soviet Jews both prior to and during the Holocaust. Using Russian and Yiddish sources, Ms. Zavadivker focuses on the work of Soviet Jewish author Vasily Grossman, with the goal to show how Grossman’s work relates to earlier descriptions of crisis in Jewish history, specifically in the writings of S. An-sky and Simon Dubnov (during World War I) and Isaac Babel (during the Polish-Soviet War). Each of the figures examined in her dissertation chronicled the experiences of and constructed narratives about Jewish civilians in the borderlands that are now located between Ukraine and Poland. Ms. Zavadivker has articles based on her dissertation forthcoming in The Journal of European Studies and the Simon Dubnov Institute Yearbook. Her dissertation advisors at University of California Santa Cruz are Nathaniel Deutsch, Murray Baumgarten and Peter Kenez.  Dr. Zavadivker is the Assistant Professor at the University of Delaware where she teaches Russian History, Anti-Semitism and the Holocaust for the History and Jewish Studies Departments.