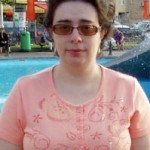 Irena Cantorovich‘s dissertation on “Jews in the Mixed Detachments of the Partisan Movement in Lithuania, Belorussia and Ukraine (1941-1944)” is intended to shed new light on the Jewish life in Lithuania, Belorussia and Ukraine during the Holocaust. In her work, Ms. Cantorovich hopes to increase the understanding of the complicated relationship between Jews and gentiles and of the participation of the Jews in the active and bloody struggle against the Nazis. Ms. Cantorovich’s dissertation supervisors are Professor Dina Porat and Dr. Yitzhak Arad. 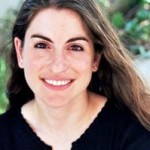 Ella Florsheim, PhD is studying the revival of Yiddish culture in the Displaced Persons camps in Germany after World War II and especially the broad-ranging Yiddish press published in the camps. She is interested in the different expressions of this revival, such as literary and journalistic writing and theatrical activity, and in particular its connection to the private and communal rehabilitation of the survivors after the war. In addition to her native Hebrew and knowledge of English, Dr. Florsheim has studied Yiddish throughout her academic career and passed her reading proficiency exams in German. Dr. Florsheim completed her PhD in the summer of 2013 under the supervision of Professor Hagit Lavsky and Professor Chava Turniansky at Hebrew University.  Currently, she is the new Editor-in-Chief of Yad Vashem Publications. 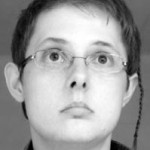 Barbara Krawcowicz, PhD received a Ph.D. and an MA in philosophy from Warsaw University in Poland. Apart from her native Polish and fluent English, Dr. Krawcowicz has language skills in Hebrew, Yiddish, and German. Her current dissertation project, tentatively entitled “Covenantal Theodicy among Haredi and Modern Jewish Thinkers during and after the Holocaust,” analyzes war-time and post-war Jewish theological responses to the Holocaust and aims at presenting two distinct ways in which traditional covenantal theodicy functioned in the context of this  catastrophe. Dr. Krawcowicz’s dissertation advisor was Professor Shaul Magid of Indiana University Bloomington, where she received her Ph.D. in Religious Studies in the summer of 2013. During the academic year 2008-2009, which she spent as a Sosland Foundation Fellow at the Center for Advanced Holocaust Studies of the United States Holocaust Memorial Museum, Dr. Krawcowicz worked closely with Professor Gershon Greenberg of American University. 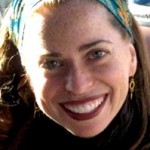 Erin Leib-Smokler, PhD completed her dissertation in 2014.  She examined wartime Jewish theology in her dissertation entitled, “God in the Ruins: Theodicy and Anti-Theodicy in the Holocaust Writing of Rabbi Kalonymus Kalman Shapira.” The study analyzed the  the ways that the Rebbe of the Warsaw Ghetto reinterpreted, appropriated, and, in some cases, abandoned  traditional theodic paradigms in an effort to render the suffering of his community spiritually sufferable. In the process, the seeds for post-Holocaust liberal theology were born. In addition to her native English, Dr. Leib has mastery of Hebrew. Her dissertation advisors were Professors David Nirenberg and Paul Mendes-Flohr of the University of Chicago and Professor Gershon Greenberg of American University. Dr. Leib currently serves as Director of Spiritual Development at Yeshivat Maharat in New York City. 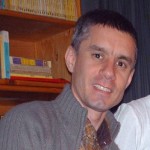 Ion Popa, PhD is an Honorary Research Fellow of the Centre for Jewish Studies, University of Manchester, UK. He successfully defended his PhD thesis in December 2013 at the University of Manchester where he also received his M.A. in Religion and Political Life in 2009. Apart from the Saul Kagan Claims Conference Advanced Shoah Studies Fellowship (2010-2012), Dr. Popa was the recipient of other prestigious fellowships such as the Yad Vashem’s International Institute for Holocaust Research Post-Doctoral Fellowship (2014-2015), the University of Manchester/School of Arts Languages and Cultures Award (2012-2013) and the Tziporah Wiesel Fellowship at the Centre for Advanced Holocaust Studies, USHMM, Washington DC (2013). During his Saul Kagan Fellowship Dr. Popa researched the way in which the Romanian Orthodox Church responded to its own involvement in the Holocaust and its role in shaping the Holocaust memory in Romania. He published articles and book reviews in Yad Vashem Studies (2011), European Review of History (2012), Holocaust. Study and Research (2013) andHolocaust and Genocide Studies (2015) and presented papers at several academic conferences in Washington DC, Jerusalem, Bloomington Indiana, Krakow, and Manchester. His book A History of Denial – The Romanian Orthodox Church and the Holocaust, 1938-Present is under consideration for publication at Indiana University Press. 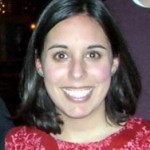 Amy Simon‘s dissertation examines Jewish Holocaust victims’ perceptions of perpetrators in Poland through an analysis of their Yiddish diaries. She looks particularly at diaries written in the Warsaw, Vilna, and Lódz ghettos, examining what kinds of language are used to describe German, local, and Jewish perpetrators and collaborators. Ms. Simon uses her Yiddish language skills to access her primary sources, German to read many secondary sources, and is currently learning Polish in order to better understand both. She holds an MA in Holocaust Studies from University College London, and currently attends Indiana University, pursuing her Ph.D. under the direction of Professor Mark Roseman. 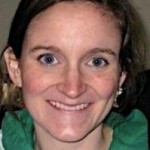 Elizabeth Strauss‘s dissertation examines the experiences of and attitudes toward elderly men and women in the Lódz and Vilna Ghettos from 1939 to 1944. She analyzes how the aged of each community shaped the familial, socioeconomic, cultural, political, and religious structures of ghetto society; how these communities responded to German persecution of the elderly; and how the death of the older generation contributed to the decline and destruction of the Jewish communities in Lódz and Vilna. In addition to her native English, Ms. Strauss has mastery of German and reading proficiency in Yiddish. Ms. Strauss’s dissertation advisor is Professor Doris Bergen of University of Toronto.