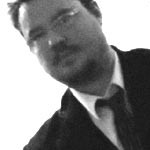 Richards Plavnieks is a Ph.D Candidate in the Department of History at the University of North Carolina at Chapel Hill. He completed his dissertation, titled “Wall of blood: The Baltic German case study in National Socialist wartime population policy, 1939-1945,” under the supervision of Professor Christopher Browning.

Using German-, Russian-, English-, and Latvian-language sources, Richards has undertaken a case-study of the so-called “Arajs Kommando,” an all-Latvian volunteer police unit which, while operating under the auspices of Reinhard Heydrich’s Security Police and Security Service (Sipo-SD) – specifically, Einsatzgruppe A – murdered tens of thousands of Latvian and foreign Jews on Latvian soil in mass-shooting actions over a period of about two years. His aim is not only to reconstruct the activities of Viktors Arajs and his men and to probe their motivations, but also to examine the aftermath of their atrocities through the lenses of half a dozen judicial systems in the decades that followed.

In the course of his dissertation research, Richards has visited the archives in Ludwigsburg (Zentralstelle der Landesjustizverwaltungen zur Aufklärung nationalsozialistischer Verbrechen), Hamburg (Staatsarchiv Hamburg), and Berlin (Bundesarchiv Berlin-Lichterfelde). He spent 2010-2011 in Washington, D.C., dividing his time between being a United States Holocaust Memorial Museum Fellow in 2010-2011 and the Justice Department’s Office of Special Investigations. Currently, Richards is a Teaching Assistant at University of North Carolina. Richards will likely remain in academia, and he already wakes up every morning fervently hoping that the job market will improve.

When not concentrating on his research, Richards usually quite quickly reveals himself to be an unblushing political junkie. He pursues relaxation as an amateur aquarist. His fish are named Emerson and Seamus.

Richards was born into a Latvian-American household in the United States in 1982.